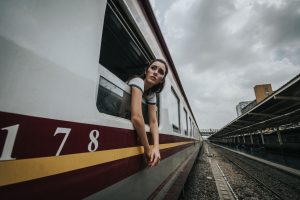 Those pesky 90 days in the Schengen region, they disappear so quickly. Now time is running out and I really want to stay, just a bit longer – can I extend a Schengen Visa? Can I get my leftover Schengen tourist days once my resident permit expires? And what is this bilateral visa waiver thing I keep hearing about?

All about the visas and the Schengen Visa

A visa is not a residence permit. A visa is what you get before you enter your destination country in the first place. It’s what border control looks at when you land in a new country to make sure they can let you into the country in the first place. A residence permit is permission to stay in said country, and is often issued from within the country once you’re already there.

There are long-term-stay visas and short-term-stay visas. The Schengen visa is a good example of a short-term visa for tourists. It’s issued for 90 days within a 180-day period and allows you to travel within any of the Schengen states. Schengen states are (mostly) European member countries that leave their borders open to tourists travelling within them. “Schengen” is a small town in Luxembourg, where the treaty between five of the European countries was originally signed in 1985. But the “Schengen area” includes 26 countries: Austria, Belgium, Czech Republic, Denmark, Estonia, Finland, France, Germany, Greece, Hungary, Iceland, Italy, Latvia, Liechtenstein, Lithuania, Luxembourg, Malta, Netherlands, Norway, Poland, Portugal, Slovakia, Slovenia, Spain, Sweden, and Switzerland.

Some country nationals don’t have to do anything in advance at all before they travel into the Schengen area – no sticker, no payment, just show up and let your passport get stamped. If you belong to one of these countries (e.g. Australia, Canada, USA, New Zealand etc) you can just… go. As long as you haven’t already used up your 90-day entitlement within the last 180 days, you’ll get a stamp in your passport upon arrival in a Schengen country and you automatically have 90 days to swan about in any of the 26 countries. But you don’t have a Schengen visa. You have a “90-day visa-free period”. You also don’t have permission to work.

I’m not ready to go home. How can I stay longer on a Schengen Visa?

Whether you have a Schengen visa or a “90-day visa-free period”, you still have to leave when your 90 days are up. There are very few options available to you for “extending” a Schengen Visa. The reason for an extension has to be exceptional: force majeur (e.g. there’s an earthquake and you can’t leave), humanitarian reasons (you’re sick and you can’t be airlifted or a close family relative has had a bad accident) or important personal reasons (urgent business that came up at short notice). Additionally, if you have a Schengen Visa in your passport for January 1 – 31 March but you were delayed from entering the region until February 1, you might be granted an extension for the month you missed out on.

If your reason for wishing to stay seems valid based on the above, you’ll need proof of income, proof of travel medical insurance and proof of your circumstances. If your reasons for staying don’t fit into one of those categories (e.g. you met someone and fell in love, the outbound flights are much cheaper a week later) or you can’t prove it, then it will be very difficult or impossible to extend your Schengen visa.

If you don’t have a Schengen visa in the first place (you’re taking advantage of a 90-day visa-free period as an Aussie, for example), then there’s nothing to extend.

What’s all this I keep hearing about bilateral visa agreements?

Here is a list of EU member states with bilateral visa waiver agreements. Germany is on page 7.

New Zealand, Canada and Australia are three countries that have such agreements in place with Germany. For example, according to a treaty of 1953, an Australian citizen can enter Germany for up to 90 days without a visa, as long as they are a “bona fide non-immigrant”. This has nothing to do with the Schengen agreement, which didn’t come into force until 1985. The Australian treaty is still in place.

I’ve been here on a residence permit and it’s about to end. Do I get my 90 tourist days once it’s finished?

If you are a citizen of a country who might have this entitlement, you could visit the Ausländerbehörde and they might give you a Fiktionsbescheinigung (a 90-day fictional certificate) to save yourself the hassle of having to visit a non-Schengen country over the weekend and come back in again. This permit is designed to waive the need for an exit and re-entry for purely formal purposes.

What do I have to do next?

Legal, official and unofficial “internet-forum-based” opinions differ greatly and there is a great deal of confusion on the matter. You could simply exit and re-enter the Schengen area to “validate” the new 90-day stay, be it a Schengen stay that succeeds a residence permit stay or a bilateral visa agreement stay that follows a Schengen stay. Some claim that if you are travelling from one Schengen country to another Schengen country with a bilateral agreement, it’s enough to simply document your border crossing (since you won’t get a stamp in your passport as proof!). Others say you don’t have to lift a finger if you just visit the Ausländerbehörde to get a fictional certificate.

Personally, I would find a weekend in Croatia much more relaxing than a trip to the Ausländerbehörde. Then again, some make the point that your average customs officer at the airport or on the train might not be aware of a seemingly obscure “treaty from 1953” or a technicality regarding whether your previous stay fell under Schengen law or German law, and might, therefore, simply refuse you entry when you try to get back into Germany. In my experience and that of my clients, border control officers are generally aware of bilateral visa waiver agreements.

What’s the solution? Every single case is going to be different, so you can’t rely on stories from other foreigners, or well-meaning blog posts (including mine!). Either book a new appointment to renew your residence permit while the old one is still valid, visit the Ausländerbehörde to get the information out of the horse’s mouth and see what you are entitled to specifically for your case, or hire an immigration lawyer to learn about your specific options and entitlements based on your case before you decide what to do next. Or, book a coaching to find out which residence permits might suit you, and get your act together to apply for one of them before your tourist time is up.