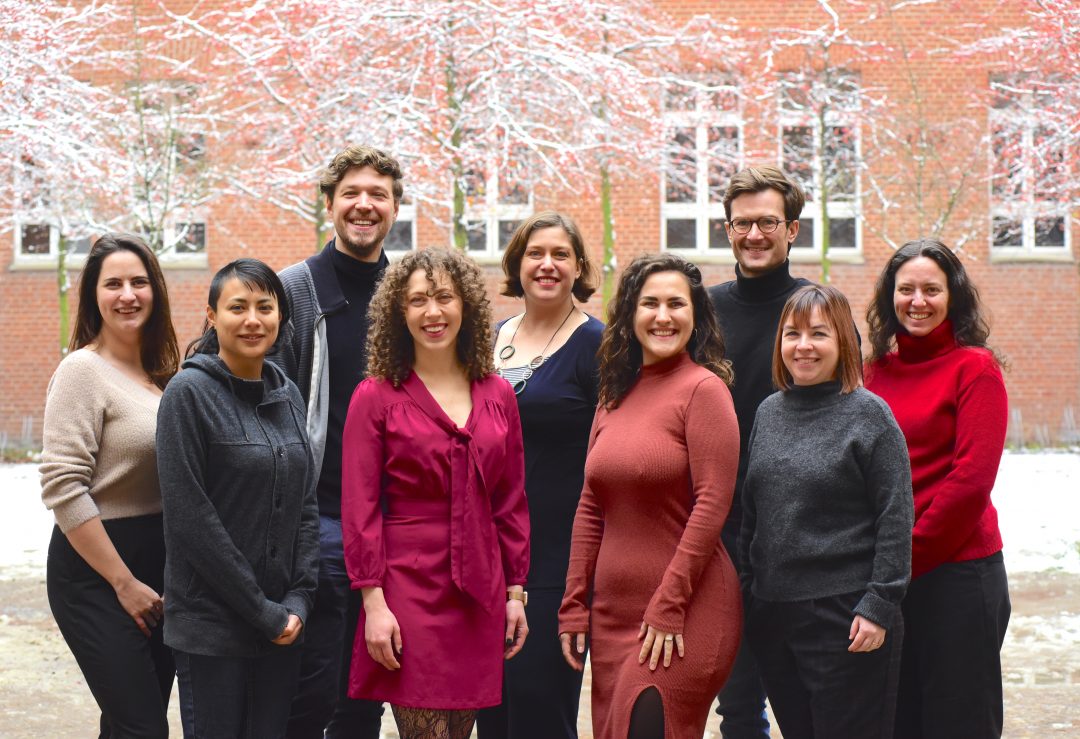 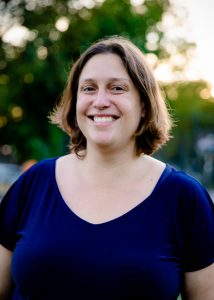 Kathleen arrived in Germany from Queensland, Australia in 2009. Over the years, she has made and learned from just about every mistake it’s possible for a foreigner to make in Germany. Out and about, Kathleen noticed that everyone had a red tape horror story to share. She saw English speakers feeling discouraged and frustrated by the lack of help available in Germany. So Red Tape Translation was born in 2012.

As a qualified translator and interpreter, Kathleen specialises in real estate law, civil law contracts and of course, administrative law (the language of red tape!). She is recognised by clients and caseworkers as an expert in navigating German bureaucracy through interpreting, translation and expat coaching. Kathleen is a proud mama of two girls. She sometimes still moonlights as an opera singer. 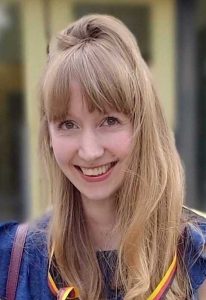 After scooping up a Bachelor’s degree in French, Katie – ever the one to take a life-changing plunge – decided to move to Germany. Most people thought she was nuts, yet Katie just looks back blithely and says “sounds like the kind of thing I would do”. She hit the ground running, working and studying to replace the frothy French recitations of “papillon” and “bijoux” with the slightly more abrupt German utterances of “Schmetterling” and “Schmuck”.  Along the way, she married a German (it happens to the best of us), had two delightful children and managed family life and 6 relocations in 3 different languages. Katie started working at Red Tape Translation in 2018 and takes diligent care of customer service, admin and billing. Her proudest personal bureaucratic achievement is obtaining German citizenship, which took 5 years, ca. 44 sheets of single-sided copy paper and nerves of steel. She is now a dual British/German citizen. 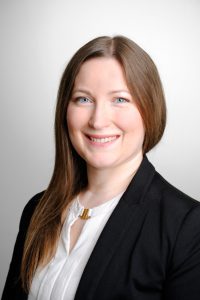 Sarah is the newest addition to the Red Tape team, having swooped in at the end of 2020 to help us manage our growing pile of daily administrative tasks. Since moving to Germany 16 years ago, Sarah has accumulated a fascinating wealth of experience in world and cultural heritage studies, museum exhibitions, events, research, administration, translation, proofreading and digital marketing. 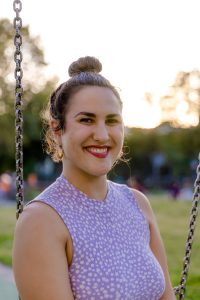 Lioba joined us in 2018 to help with administration and customer service and it didn’t take long before we figured out she was supremely talented at helping people and solving problems. The German actor, singer and intersectional feminist spent plenty of time in New York, Beijing and Nairobi and trained at New York Film Academy before moving to Berlin. She now coaches at Red Tape Translation and you’re very likely to hear her warm and gregarious voice on the end of the phone whenever you need help with freelance life, dealing with the Agentur für Arbeit/Job Center or joining the Künstlersozialkasse. 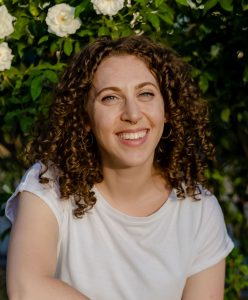 Brie charmed us from the word go with her warmth, humour and infectious enthusiasm. An opera singer, she spends her time flitting between Berlin and various other cities in Germany, where she is highly sought after in opera theatres as an “Einspringer” – someone who jumps in and saves the show at the very last minute with superior quick study skills and nerves of steel. At Red Tape Translation, Brie‘s exceptional planning skills, creativity and unique performance talents lend themselves perfectly to social media marketing on various platforms, the communities for which she has developed lovingly from scratch.

Affectionately known within the Red Tape team as “the bureaucrat whisperer”, Lucas joined us in 2015. Since then, his clever interpreting skills and convivial personality have helped hundreds of expats achieve good outcomes at their public office appointments. He just has a way with people. He can shift the mood with the right turn of phrase and turn a hostile bureaucrat into a willing ally. As a translator, he’s speedy, accurate and reliable, and his work with Red Tape has accompanied him through university studies in political science, countless jobs and volunteer programmes and frequent bouts of spontaneous globetrotting. We’re always keen to hear of his adventures overseas and always equally happy to have him back in Berlin.

Kathleen and Kim met each other when they were both enrolled in the same vocational training programme, the rigorous “Ausbildung zum Übersetzer / Dolmetscher” (interpreting and translating). Kim’s background in pharmacy and education makes her a diligent translator, particularly in the medical and technical fields. Kim speaks fluent English, Spanish and German and is only too familiar with the issues facing expats in Berlin from her own personal experience.

How did you get to be fluent in German?

Training and working as an opera singer involves foreign languages, so I did a lot of work on my German in Australia. By the time I arrived in Germany, I already had a good grasp on the language. I got straight into the advanced language courses and I then met my German husband (we speak German at home). A few months later I started working full-time at a German theatre. What better way to dive into the deep end!

How Did You Get Red Tape Translation off the Ground?

When I was just starting out, I didn’t even know if I was allowed to do what I wanted to do. So, I went to the Ausländerbehörde, stood out the front and asked in a loud voice if anyone wanted an interpreter. I did it for free at first so that I could figure out the office’s internal systems. I served lots of very grateful clients, talked to the big bosses and learned a bunch. I then applied for a government grant, cobbled together a website, printed out some flyers and sat around waiting for the phone to ring. Naturally, I have learnt a lot and come a long way since then!

How Many People Make Up the Red Tape Team Now?

I started Red Tape Translation in 2012 and have loved watching it grow. I have two superb admin assistants (Katie and Sarah), a coaching guru (Lioba) and a sensationally talented social media and marketing assistant (Brie). A handful of insanely clever interpreting contractors (Chris, Philipp, Julia, Kim, Sophie, Macy and Elizabeth) run around Berlin helping you at your appointments. I also work together with certified and professional translators (Anne, Pascale, Nadine, Jana, Sekere and Denis) to get your birth and marriage certificates translated and certified and your CVs and business plans looking fit for the German market.

It can be tough - I think the tax, pension and insurance systems in place in Germany aren’t always very friendly to freelancers, especially those starting out. Self-employment is much more expensive than people realise. My tip to freelancers? Take whatever you think you’d earn per hour if you were an employee in Germany and multiply it by 2.5 or 3, and then maybe you can survive as a freelancer long-term. Health insurance is a huge hassle because the decisions you make when you start your business can affect you for years afterwards! Having said that, the benefits of being a freelancer still outweigh the costs for me.

What’s your biggest pet peeve when dealing with German offices?

There are more positives than you’d think, actually, but there is one thing that always makes me cringe. It’s the use of the word ungern (unwillingly). If the lady at the post office says “Das mache ich aber ungern”, what she’s saying is “I’ll do it for you. But I really don’t want to!” This one word goes against all my ingrained values about service.

What do you love about living in Berlin?

The city is spacious, green and easy to get around. A beach or a forest is just a short train ride away. I love riding my bike through the cobbled streets in nice weather, and I love not having a car. I feel safe on the streets at any time of day or night. It’s such an easy city in which to have kids: there are wonderful parental benefits and support systems, childcare is MORE than affordable and the cultural and recreational offerings are endless. The international community is so vibrant here, it’s easy to find support groups and common interests. Perhaps best of all, in Berlin, you can be who you want, wear what you want, eat what you want and get enthusiastic about whatever you please. No-one will blink.