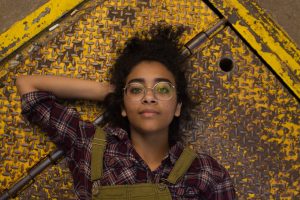 “So.. what do you do in Berlin?” It’s fun to wave the term freelancer around casually, perhaps even with an air of pride. But then you have to deal with the tax and immigration offices and suddenly everyone’s confused. Red Tape Translation would love to help you find your bureaucratic identity.

Are you an entrepreneur? (Maybe.) A freelancer? (Possibly.) A tradesperson? (There’s a chance…) Self-employed? (Yes!). How are you supposed to figure out what’s what? And why don’t tax advisors answer their damn emails?

We found a great explanatory article written by Jasper Steuerberatung in Cologne that addresses all of these questions except for the latter, and decided to translate the essence of it for our clients. You can find the original article here.

Let’s start with the Catalogue of Freelancers.

Who is a freelancer and who is a tradesperson?

The Income Tax Act (Einkommenssteuergesetz – EStG) defines who is a freelancer according to fiscal law in Section 18: Katalog der Freiberufler (Catalogue of Freelancers). If you find your profession on this list, you won’t need to prepare balance sheets. You also don’t pay trade tax, and you‘re not a compulsory member of the Industrie- und Handelskammer (Chamber of Industry and Commerce), though some freelancers might have to get membership in a different professional chamber.

The following professions are defined as independent, free professions (freelancers!) according to Section 18 EStG:

and similar professions. If your work falls under one of these category, your work permit will also be a tick easier to obtain from the immigration office – at least, you’ll need to bring fewer documents with you.

What is a similar profession?

The act does not define “similar profession”. Whether it’s considered freelance or trade has to be checked on a case-by-case basis. Case law usually helps, but expert opinions can also help to clarify.

For example, it was debated for a long time whether or not computer scientists should be considered freelancers or tradespeople. With the help of case law, the tax authorities developed guidelines based on the educational qualifications of the individual. The broader and deeper the expertise of the computer scientist is proven to be, the higher their chance to be considered a freelancer. A computer scientist with an academic qualification will generally be classified as an independent professional, even though this is not explicitly mentioned in the Catalogue of Freelancers.

Members of independent professions stay active as freelance professionals even if they enlist the help of specialised employees, provided they are in a managerial position and act on their own responsibility based on their expertise. So, nothing is stopping a freelancer from hiring help.

Characteristic of an independent profession (freelance)

while providing services of an exceptional kind. These criteria can also be found in Sec. 1 Para. 2 of the Gesetz über Partnerschaftsgesellschaften Angehöriger Freier Berufe (Act on partnership companies of members of independent professions) (PartGG).

One characteristic of an independent profession is the emphasis on personal work performance instead of capital performance, which is prioritised in a trade enterprise. However, freelancers may still make use of assistants in a certain capacity, both for menial activities and for qualified ones.

Management and own responsibility

It is important for the independent professional to act and stay in a managerial position, as well as acting on their own responsibility. As long as this is the case, they may employ trained employees. They may also be substituted by another professional if they are temporarily unable to practise their profession (in the case of illness, for example).

How important are qualifications?

However, people who have mastered very demanding tasks in practice have good chances when arguing for freelance status. You’ll benefit from experience dealing with tax offices though to state your case. Always argue fiscally and never emotionally!

-IT professions with an academic background (more information below)

This list goes into some of these categories in more detail:

E.g., graduate computer scientists, graduate engineers, graduate businesspeople, non-academic independent IT professionals, web designers. One question that has to be answered here is whether or not an individual has an independent profession or a Gewerbebetrieb (trade-like business).

Why won’t any English-speaking tax advisors answer my emails?

I just don’t have a good answer to this question. They’ve got too much work and there aren’t enough of them. If you’re in a pinch, try getsorted.de – many of their services are free, and if you get stuck, you can ask a one-off tax question and get it answered by a professional.

Note: I am supposed to get a small commission for signing clients up to getsorted. To date, I’ve never actually tracked it or cashed in on it. Nor am I aware of any other comparable offerings on the market.

How can Red Tape Translation help?