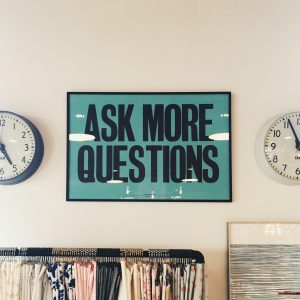 The question on everyone’s lips in Berlin is: does having an appointment at the Ausländerbehörde Berlin extend my Schengen Visa? It certainly seems to be one of the biggest causes for confusion. If it’s true, why isn’t everyone just perpetually booking themselves appointments at the Ausländerbehörde?  Red Tape Translation takes you through the myths and the realities of the current situation for tourists from the United States, Australia, Canada etc.

Four years ago, I wrote an article about an IT glitch that a client of mine had found in the Ausländerbehörde’s online booking system. He was able to book himself an appointment years into the future, thus buying himself a whole lot of time, during which he could carelessly savour the delights of Berlin without recourse. Since that time, the Berlin foreigner’s office has made some things crystal clear so that situations like this don’t happen again. Today, I’ll focus on the Schengen Visa.

The Difference Between a Permit and a Visa

There’s an important distinction to be made here.

A visa is the permission you get to enter a country in the first place, so that the people at border control at the airport know whether to let you through or not.

It can be a short-term visa (like a Schengen Visa for 90 days) or a long-term visa (like a National Visa). Citizens of certain countries including Australia, the United States, Israel, Canada, New Zealand and Japan automatically get granted a Schengen Visa, also known as a tourist visa, so that they can stay for up to 90 days within a 180 day period in Germany. They don’t need any special piece of paper, it just happens automatically when their passport gets stamped upon entry.

Citizens of other countries (e.g. India, China) need a visa before they can even enter Germany in the first place. They get it from the embassy of a Schengen country before they get on the plane.

A residence permit is what you get to stay in a foreign country for a prolonged period of time. Citizens of certain countries (including the USA, Australia and Canada) can enter a country on a visa and then apply for a residence permit later, before their visa runs out.

Note: the Working Holiday Agreement sometimes gets called the Working Holiday Visa, especially on official government websites in other countries. Countries like Australia use the word “visa” interchangeably. Sometimes it gets issued by the embassy before you leave your home country, and sometimes you can get it at the Ausländerbehörde in Berlin after you get here (Australians, for example). But it’s a type of residence permit by definition.

A residence permit can be extended with an appointment.

If you already have a residence permit / residence title (e.g. if the words “Aufenthaltstitel” are marked on a sticker in your passport that was issued by a foreigner’s office in Germany), then while your permit is still valid, book the next available appointment, and even if that appointment is outside of the validity of your current residence permit, you’ll be fine. You can still do everything that your residence permit allows you to do (e.g. work) until the date of the appointment.

A Schengen Visa cannot be extended with an appointment.

If you are new in Germany and you came in on a Schengen Visa, the Ausländerbehörde has no idea who you are or that you’re here. They don’t have your information on file and they’ve never made a decision about your case. You don’t have a sticker in your passport with the words “Aufenthaltstitel” on it. So an appointment won’t extend your Schengen Visa. Here’s where the official website is abundantly clear about this.

In fact, a Schengen Visa can only be extended under special circumstances. These are, for example, in the case of illness or inability to travel onwards due to force majeur. If you’re eligible to extend it, you can do so at the Ausländerbehörde Berlin-Charlottenburg on Keplerstr.

But my case worker specifically told me to overstay my Schengen Visa until the date of my appointment.

Yes. This is happening a lot lately – case workers at the Ausländerbehörde Berlin are telling people that they can overstay their tourist (Schengen) visas until a booked appointment weeks or months in the future. Even the security guard out the front at Charlottenburg is telling people that there’s a “2-week grace period for expired Schengen Visas.” Many of the foreigners that take this advice will be absolutely fine because

Even if you’re absolutely sure that you’re going to get the residency permit eventually (e.g. you fulfill all the requirements for family reunification with a German citizen according to §28 AufenthG), don’t take this risk if you intend to travel overseas before your appointment. The officer at border control has no idea what someone at the Ausländerbehörde told you. And even if you don’t get any border control as you travel, if you get caught in a different Schengen country with an expired Schengen visa, you might get arrested and deported, and no-one will care what the security guard told you out the front in Germany.

Please also note that even immigration lawyers in Berlin give contradicting opinions on this matter. I’ve consulted with two that I really trust to write this article.

Lastly, if you do receive this advice verbally from someone at the Ausländerbehörde, and you’re desperately hoping that it’s true, then try to get them to give it to you in writing.

Or, just play it safe and visit the office within business hours before your Schengen Visa expires. And as always, kids: