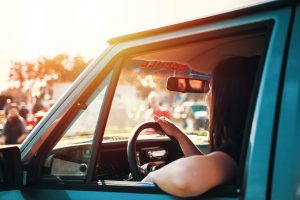 Luckily this is a quick one to answer. No, they won’t refuse to exchange it. At best, you might get a dirty look or a lecture.

The six-month rule applies to your foreign license and whether you can continue to drive in Germany with it or not. Let’s say you have a valid Australian driver’s licence, set to expire in 2021. Let’s say you registered your address in January 2017 and didn’t get around to exchanging your car licence, and now it’s the end of 2018.

If you go back to Australia you can continue to use this license.

You can even use it in other countries. It doesn’t lose its general validity after six months of you being in Germany. But since you’re a resident in Germany now, it won’t be recognised as valid in Germany by authorities after July/August 2017.  So if you are still driving with this foreign licence well into 2018, you will run into troubles if you get pulled over by a cop. But the employee at the Bürgeramt responsible for exchanging your vehicle license for a German one can still do that for you. So do it ASAP, before you get pulled over by a cop. You can get help with the process here.

Need to get your driver’s license translated before you submit the application? Send us a scan.