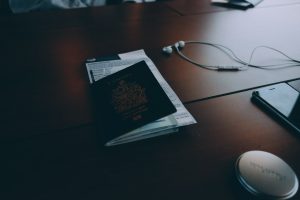 Red Tape Translation just helped British and Australian tourists in Berlin at the police station in Prenzlauerberg, after they lost track of a very important carry-on suitcase containing passports, a laptop, and internet banking passwords. This discovery was accompanied by several heart palpitations, as the tourists had flights booked to London the following evening, and weren’t having any luck communicating with anyone, let alone solving their suitcase mystery. They had less than 24 hours to recover the missing suitcase, or there would be emergency trips to more than one embassy very early the next morning. Here’s what happened.

Red Tape Translation used Telephone Time to make a whole lot of calls on the tourists’ behalf. While they didn’t have a receipt for a taxi trip from Tegel into Berlin, they did suspect the suitcase was in the boot of the taxi. I called up the two main cab companies in Berlin to ask if any drivers had radioed in a found suitcase. No luck. I then contacted a cafe they had visited along the way, and the lost and found department at Tegel. Still no luck. I called the police department and was advised to come in person, as the clients would need a police report in order to visit the embassy and get a replacement passport.

The police required the following information:

With this information, the police generated a police report with a case number that the tourists would have been able to use at the embassy the next morning to get a replacement passport in time for their flights. The values quoted on this report would have also been used for any insurance claim investigations.

However, one of the taxi companies I had called contacted us shortly after 7pm and agreed to bring the suitcase to the hotel the next morning, with everything intact. Hurrah!

Tips for reporting something lost or stolen in Berlin:

Kathleen Parker founded Red Tape Translation in summer 2012 to help Americans in Berlin, as well as Canadians, Aussies, Kiwis and many other international residents with German bureaucracy and paperwork. Kathleen Parker began by concentrating on interpreting at the Ausländerbehörde (foreigner’s office), but interpreting in Berlin has since led her to the Bürgeramt, IHK, real estate agencies, apartment and property viewings, banks, police stations, job centers, hospitals, and much more.