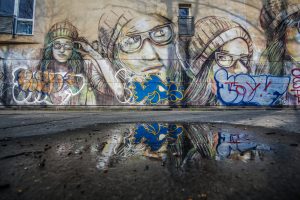 November 2019 marks the 30th anniversary of the fall of the Berliner Mauer, the wall that divided Germany’s capital city for around 28 years. Berlin will host a whole series of events throughout 2019, in particular throughout November, to take a look back at the events that unfolded. If you plan to be around in the fall of 2019, it’s going to be a pretty special time to be in Berlin.

What are we celebrating?

So what’s happening in Berlin?

These events are listed chronologically, and more will be added as they become announced.

This award-winning play covers three decades and plenty of family drama, with fabulous music and a bunch of laughs. The play runs from 13-15 August and naturally, the Berlin Wall tears straight through the heart of the subject matter. It’s in German, as is the guided tour, except for August 14th – on that day, you can get a guided tour in English.

Held since 2011, the Berlin Wall Race is an event that remembers the victims who lost their lives at the former border. The participants run a distance of 100 miles (161 kilometres) around former West Berlin, starting in Prenzlauer Berg. Each year the race is dedicated to a different victim. In 2019, the event honours Dieter Wohlfahrt and will take place on August 16 – 18. It is believed that Dieter Wohlfahrt was the first non-German victim of the former border. He attended school and university in West Berlin and soon became involved with aiding escapes across the border using the sewage system. His Austrian passport allowed him to pass back and forth between East and West without suspicion. Whilst aiding an escape, Dieter was killed at the border and remained there, motionless for over an hour while attempts to rescue him were blocked. The race is sold out, but until the end of July, you can buy a starting place off a participant willing to sell one. Otherwise, you can volunteer or just support the runners along the way.

Three significant venues will put on a magnificent show in the open air for the Tag der deutschen Einheit. This year, it falls on a Thursday and is a public holiday, so you can pretty much guarantee that no-one in Berlin will go to work at all on Friday. If you like crowds, music, food and fun, loiter about on Straße des 17. Juni, Platz der Republik and the Brandenburg Tor.

The Peaceful Revolution (Open-Air, Across the City)

This is probably the biggest public event and will be the talk of the town for most of Herbst. You can follow ‘Berlin’s Path to Revolution’ and see a series of exhibitions at seven of Berlin’s most historically significant spots: Gethsemane Church, Alexanderplatz, Brandenburg Gate, Kurfürstendamm, East Side Gallery, Schlossplatz the former Stasi Headquarters. There will be concerts, discussions, screenings and firsthand accounts of a divided city. This Festival of Freedom will host people from all over the world. There’s a great opportunity for schoolkids to get involved and submit inspiring video projects to be part of the festivities.