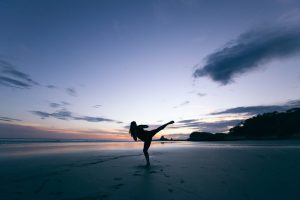 I started learning English in third grade. In the beginning it was just a foreign language I had to learn because everyone said it was important. Later, I discovered that the English language is way funnier than the German one (even though German has some fancy words as well). That motivated me to learn more vocabulary to be able to understand more memes and vines.

The reason is simple. My only talents are languages and sport. Everything else mostly ends in chaos.

Because of the possibilities of finding a career and a job. And Berlin is one of only two cities in the whole of Germany that offer official training which includes Asian languages. I didn’t really have many options, as I wanted to learn Korean or Japanese.

I really hope to get rid of my nervousness when it comes to speaking English. I currently have to mentally prepare for it every single time and it annoys me.

What’s your favourite quote in your native language? Explain it to us and tell us why you like it.

I’m not sure about that one, but I guess it’s “Hey, das passt ja wie der Arsch auf’n Nachttopf!”. It is used when something works out on the first try/perfectly. The first time I’ve ever heard it was in tenth grade and it was my biology teacher who said it. Since then I’ve been using it as well. I am not really sure why I like it, but it often causes people to laugh. So, why not?

Hopefully living abroad and working as an interpreter.

I used to do Kung Fu for 4 years and I am going to start doing Taekwondo as soon as the pandemic allows.