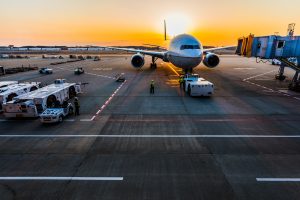 In April 2012, I became a bride. My honeymoon trip to my native Australia was going to be particularly special – not just because I got to spend two weeks of wedded bliss with my dashing new groom, but also because we were going to be two of the first customers to set foot in Berlin Brandenburg airport. We were scheduled to depart from Tegel and return to BER 20 days later. Well, kids, I’ve now been married for seven years, I have two children, though I am yet to set foot in Berlin Brandenburg airport. Here’s what happened.

Willy Brandt airport was first planned in the early nineties following the fall of the Berlin wall. A company was set up with a bunch of inexperienced politicians on the supervisory board. They were interested in cuttings costs and making the best of public funding. This became especially important after an attempt at privatization failed definitively in 2003, and following the global financial crash in 2008.

The initial projection budgeted for just over 2.8 billion Euros. Leading up to the opening in 2012, there were hints at some defects and warnings of fundamental construction problems, but they were largely ignored until just weeks beforehand, when they could no longer be ignored. It was a fire safety audit that did it. All of a sudden, the complex, fundamental and far-reaching construction problems emerged. Over the years and through inquiries, they’ve determined that there are more than half a million faults to fix before the airport can run effectively. The actual costs are currently estimated at ca. 10 billion Euros. These massive cost increases have been facilitated by European funding packages.

Currently, the airport is scheduled to open in the fall of 2020, though a TÜV report speculated it might be delayed until 2021. In the meantime, ghost trains are being sent through the train station to keep the air circulating, and the luggage conveyor belts spin around and around without actually having delivered a single bag to a passenger.

Assuming my marriage lasts the distance and the airport doesn’t go bankrupt, perhaps I can celebrate our 10-year wedding anniversary with a cheeky flight abroad…