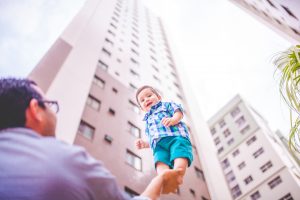 Back in 2014, I visited a handful Kitas while 5 months pregnant. I signed up at a few. I emailed my desired Kita every 8 weeks for a year after the initial meeting. I applied for a childcare voucher (Kitagutschein) 9 months early, the earliest possible date you can apply. When it arrived, we emailed it directly to our Kita of choice. It was a full-time voucher (7-9 hours). It seemed we ticked the right boxes, for a day after doing this, my daughter got an offer for a full-time spot. In the weeks that followed, we were offered a place in three other Kitas for the upcoming summer. I patted myself on the back for my superior organisational skills and that was that. But that was then and this is now.

Fast forward to 2019 and things look different. Every child under school-age is entitled to a Kita place in Berlin from the age of one. Yes, entitled. In 2018, Berlin made Kita spots free for all, except for a 23 EUR charge for food and some minor monthly charges for activities and supplies. Kitas were made to limit their charges for “extras” like bilingual classes or music courses. The idea was to make Kita accessible for all so that the kids that really need German language skills before starting school weren’t disadvantaged financially.

At the same time, there was a considerable baby boom and a huge influx of new residents in the city. The city was very slow to address this massive increase in population. While there might be enough physical space in the city to accommodate these radical changes, there certainly aren’t enough qualified teachers. And the profession is, sadly, not attractive: wages are low, particularly for a profession requiring a three-year training qualification.

Now, even a vigilant parent who does everything I did back then will be turned away from 50 different Kitas when trying to secure a spot for their child. Kids are reaching the age of 2 or 3 before a Kita spot can be found for them. The Department of Youth and Welfare, commissioned to help parents find places, tends to shrug helplessly.

My formidable friend and fellow mum Elise Hanrahan started the organisation KitaKrise Berlin a few years back to light a serious fire under some bureaucratic backsides. She herself had plenty of trouble finding Kita spots for her two children, and was saddened and angered by the struggles she observed in fellow parents. I snapped up a few minutes of her time while she was on her way to a demonstration to chat about the status quo.

Elise, KitaKrise Berlin has been in operation for years now. Do you feel like your organisation has been heard?

Yes, absolutely, one of the biggest successes we experienced was seeing around 3,500 faces supporting us at a demonstration. It was particularly satisfying because at the beginning, before the movement gained traction, we weren’t taken seriously in political circles. At that time, I heard plenty of discouraging words from people, telling us we’d never get very far.

What are the key factors that contributed to the Kita crisis?

These are the factors that set the ball in motion – what made it worse was the timing of the government’s initative to eliminate kita fees altogether, and its slow reaction time in admitting – let alone addressing – the problem. It was only last year that the Senate Administration even admitted there was a problem. Prior to then, their priority seemed to be “placating hysterical mothers” who were overreacting. Many people contend that the Kita crisis is a feminist issue for the most part: early childhood teachers and primary caregivers are mostly mothers, and collectively, this demographic has been largely ignored. A lack of kita spots affects mostly women… not just women – moms with young kids! It’s a really hard group to advocate for, because we are exhausted. To add to this, the work itself – taking care of young kids – is seen as “a woman’s work” and is not respected. Being taken seriously and inciting some sort of political action has taken years of persistence and our strength has definitely been in the numbers.

What recourse do parents have if they can’t find a Kita spot?

The Jugendamt (Department of Youth Welfare) doesn’t always make this information very easy to find (Pankow is an exception), but you can get the costs of temporary childcare reimbursed from them. They began offering this in response to the many parents who  began to sue to exercise their child’s claim to a Kita spot. It’s a stopgap solution though and it’s constantly being extended, at the moment, it’s set to expire at the end of July 2019. Since there aren’t any other measures to replace it, we can only hope and assume they’ll extend it again.

Have you seen people take advantage of this solution?

Yes, and it’s a good temporary measure, but there are problems. Firstly, it’s reimbursed retroactively – that means parents have to pay the costs of temporary childcare in advance and then claim the money back, and it can take a long time for their claim to be processed. This can have a really negative effect on a family’s finances, particularly if one parent can’t go back to work. Secondly, they pay the equivalent to what they’d pay a Kita. It’s a small amount of money for one-on-one care, which is what most parents are forced to find while they’re waiting for a spot.

Do you think the situation is going to improve?

Sadly, I think that without continuing to apply political pressure, it is unlikely to change any time soon. The biggest issue is getting the qualified Erzieher (teachers) and paying them properly. Berlin did a great job a few years back of improving the quality of Kita care, but overlooked the fact that teachers were then providing so much extra support, early childhood education, etc and not being remunerated very well. We expect so much from Kita teachers, but the teachers’ needs and working conditions get overlooked. Sadly, the political actors involved are happy to keep riding the wave and applying temporary solutions and hoping that things will look better in five years, which is actually a really long time. I think it can be changed, but it’ll be necessary to continue putting pressure on.

KitaKrise Berlin have form letters online for taking legal action if you can’t find a Kita place and you’ve reached the end of the line with the Jugendamt. In the coming months, we’ll write some more blog posts about this process. In the meantime, All About Berlin’s Kita guide is very comprehensive.

What kind of temporary childcare solutions are there in Berlin?