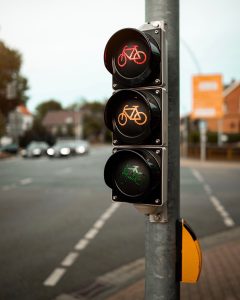 Moving to a new country is scary. But then you realise you’ve just violated an unspoken cultural rule and now everyone is judging you. If you’re in Germany, it’s not even silent judging, it’s excruciating public directness. Here are seven of the most common mistakes made by first-timers in Berlin and how to avoid making them!

1. Forgetting to validate your ticket

This is perhaps the most common mistake made by tourists in Germany, and one that bears a hefty punishment if you are caught out. It would be reasonable to assume that once your ticket has been bought, you’re good to go. But you can buy 100 tickets all at once and use them later – your ticket inspector needs to know when you actually decided to make use of it. Here’s a good rule: is your ticket time and date-stamped? If not, validate it. Despite their bright colour, the validation machines always seem to hide from your view just as you’re rushing to catch the U-bahn. You can face a fine of 60 euros for Schwarzfahren (riding without a valid ticket), so validate, validate, validate.

2. Walking on the bike lane

In May 2019, a survey by the Federal Ministry of Transport and Digital Infrastructure found that more than 80% of Germans use bicycles regularly. The majority of pavements in Berlin have clearly marked bike lanes. Personally, I’d like to thank my Year 9 German teacher for bellowing ‘FAHRRADWEG!’ whenever my younger self dared to step so much as a pinky toe in one of these lanes on a school trip. Because of her, I now have the level of self-awareness (and fear) necessary to survive the Berlin cycling scene as a pedestrian. Trying to bypass slow walkers by ducking into the bike lane might be a rite of passage, but so is experiencing the torrent of abuse that comes with it.

3. Crossing the road at a red light

In many countries, no-one blinks if you cross a road on a red light, provided that it’s safe and there are no cars coming, of course. In Germany, however, waiting for that green Ampelmann is a much more serious affair. Apart from risking an angry glare and a stern word from a native German, especially if there are children around, you could also be fined between 5 to 10 euros for jaywalking.

4. Not getting your “Pfand” back

In my experience as a foreigner, nothing makes you feel more German than getting a deposit back on your recyclables at the local supermarket (except perhaps recycling itself, but we’ll touch on that later). ‘Pfand’ refers to the extra deposit that is charged when you purchase certain bottles, which can later be refunded to you when you return the empty containers. A Pfand can also get charged on glasses and mugs at Biergärten, festivals and Christmas markets. You can make a killing picking up empty glasses that others have left lying around.

The system is in place to give people an incentive to return their bottles or glasses, which are then reused or recycled. Depending on whether the containers are single- or multiple-use, you can get between 8 – 25 cents of Pfand when you return them. For glasses and mugs at festivals and markets, it can be 1-2 Euros per item! If, for some reason, you don’t want to get your Pfand back, you can donate your bottles to charity.

If recycling continues to confuse you, All about Berlin has a good guide on returning bottles and recycling.

5. Not sorting your trash properly

Recycling is a fundamental part of German culture, so much so that you can even be fined up to 2,500 euros for failing to properly separate your garbage. Thankfully, Thomas from Red Tape Translation is oddly passionate about recycling and has put together a video guide on what goes where in Berlin!

6. Not packing your groceries at the speed of light

Supermarkets should be straightforward, right? You go in, choose the items you want, pay for them, and leave. But it’s the tiny cultural differences, those which often are never explicitly explained, that trip you up the most often. In the fruit and veg section of many supermarkets in Berlin, there is a scale to weigh your produce and print out a barcode that you then stick to your avocado for scanning. It took almost a month of weekly food shops before I finally caught onto this one, so don’t feel too bad if this catches you out more than once. And unless you want to hold up a long queue of irritated Germans and enter into an awkward staring contest with the cashier, you’ll have to pack your own groceries. Be quick about it too. This video sums it up beautifully.

7. Assuming everyone speaks your language

Although Berlin is a very diverse city full of English-speaking immigrants and Germans, going into any situation with the assumption that everyone will speak your language rubs people up the wrong way. This is especially true in public offices, where many caseworkers either can not or will not speak anything other than German with clients. You certainly don’t need to be a C2 level German speaker to get by in the German capital, but a few phrases will certainly catch a lot more flies in the long run.

All About Berlin also has some interesting ideas for learning German.

So how to blend in?

Acknowledge that everything in this country needs a stamp, even your train ticket. Respect the rider’s red carpet. Obey the little red man. Recycle like a pro. Weigh your veggies and pack your groceries like a ninja. And have a few handy phrases and a sheepish smile in your back pocket for dealing with bureaucrats and bakeries.