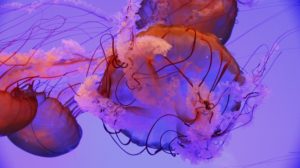 Hello friends and supporters, welcome to the new year in Germany. Enjoy the occasional thick and fluffy snow and when things get a bit slippery and scary on the icy streets, grab yourselves a pair of Yaktrax traction cleats – you won’t regret it. I spent some time abroad in the southern hemisphere facilitating valuable synergies (ie. visiting the fam in Australia). There, I received my yearly fix of Vitamin D, which is important for getting through February in Berlin.

I’ve checked into my new home at Factory Berlin. The membership at this innovative and somewhat exclusive business networking space has exploded, reaching 2000 and facilitating the opening of its second branch at Görlitzer Park. I’ll be moving between both the Mitte and the Kreuzberg offices, so as usual, always make an appointment and don’t just drop by.

Red Tape Translation welcomes Thomas to the team. My delightful Kim is leaving me in March, and I’ve secured a position for her yet unborn son as Red Tape’s Swiss Sales Manager. Since I currently don’t operate in Switzerland, there won’t be too much for him to do but to bat at shiny things and make cute gurgling noises. In the meantime, watch this space to find out more about Thomas and his contributions.

We’ve released a free download of a (bright and cheery, because international moves are fun) PDF checklist to help those of you preparing for the move to Germany. The idea is to help you handle the red tape like a pro by telling you what to do every step of the way, including before you leave your home country.

On the side, my “Ausbildung” to get my certification stamp continues and the opera stage continues to beckon. I hope you all survived January and that 2018 is looking fabulous.